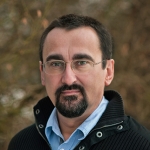 MEP RNDr. Pavel Poc (CSSD) of the ENVI (Environment Committee) answers the question editor STOP HF, how would describe the current situation in the EU regarding the enormous pressure corporations looking to the EU to promote the production of natural gas by hydraulic fracturing:

The outcomes from negotiations of EU member states about the environment impact assessment directive (so-called EIA) and the Commission proposal on regulation of shale gas extraction caused a real collapse of a front of fighters against dangerous and health-threatening ways of shale gas extraction. As this attack was executed on both flanks, we were forced to tactically retreat just to avoid encirclement and annihilation.

Agreement among member states on the Council of EU together with the Commission proposal mean that the EU is going to regulate the shale gas exploration and extraction minimally. Some assess this decision as a result of industrial lobby, others as a rational compromise that enabled to pass the EIA directive in its beefed-up version. Nevertheless, for hydraulic fracking opponents, this agreement is certainly a bad news.

The European Parliament is not giving up yet and is contemplating, how the broken front line should be newly established again. During the first February plenary session in Strasbourg, the EP passed resolution on energetic and climatic policy framework till 2030. Thanks to the social-democrats in the EP, the resolution calls for future exploration and extraction of the shale gas to be part of the EIA. 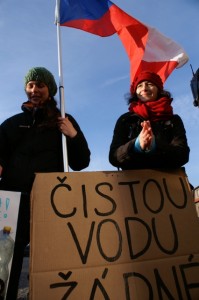 From the first demonstration in Czech rep: we need clean water

It shall be no surprise to anybody that those political dinosaurs from ECR fraction supported those, who voted against the resolution and its goal of introduction EIA to exploration and extraction of the gas from shale. They openly joined those flankers and they even did not notice that EIA for shale gas is supported even by parts of this radical-right EFD.

What does this mean from the strategic point of view? Maybe we are losing the battle, but we have certainly not lost the whole war. The European parliament is expecting a future revision of legislation about the shale gas and about EIA as well. The front is stabilized right now and in the right time, we can even launch some offensive.