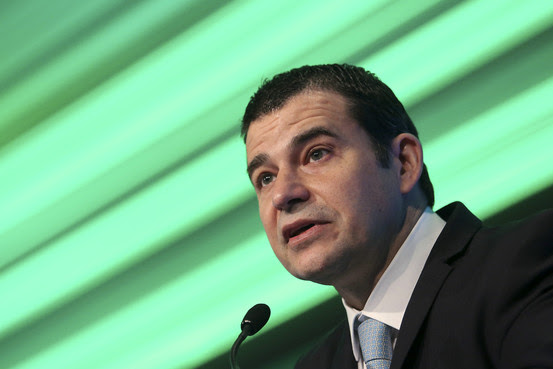 The deal will entail an initial investment of more than $500 million. If it is structured similarly to a joint venture the Argentine company signed last year with Chevron Corp. , state-run YPF and Petronas could invest up to $9 billion over the next decade to develop the full potential of La Amarga Chica, an oil field within Vaca Muerta. The 72-square-mile field is in remote, windswept Patagonia.

YPF’s deal with Chevron to develop a bigger nearby field has already turned that area, Loma Campana, into the second-biggest producer of unconventional oil outside North America, YPF has said. YPF and Chevron have invested more than $2 billion and are producing more than 25,000 barrels of shale oil a day at about 245 wells.

The Petronas agreement is expected to be similar to the Chevron deal. Chevron invested an initial $1.2 billion, and the total investment by the U.S. and Argentine companies could reach $16 billion in the next 15 years.

YPF and Petronas plan to use hydraulic fracturing to drill several dozen wells in a pilot phase and as many as 1,000 wells over the coming decade. YPF’s deal with Chevron could lead to about 1,500 wells drilled.

If fully developed, Vaca Muerta could do for Argentina what fracking did for production of oil and gas in the U.S. That, however, could require an investment of up to $200 billion across the industry, said Bernard Weinstein, associate director of the Maguire Energy Institute at Southern Methodist University.

In addition to cash, Petronas will provide YPF with technical know-how in developing unconventional energy through Progress Energy Resources Corp., a Canadian company that Petronas bought for $5.2 billion in 2012.

The agreement is a win for YPF Chief Executive Miguel Galuccio, who has lived in Southeast Asia, speaks basic Malaysian and has worked with Petronas in the past. Since becoming CEO in 2012, Mr. Galuccio has moved hard to develop Vaca Muerta. Analysts have said that Vaca Muerta, which means dead cow, is one of the world’s most promising unconventional energy formations.

The agreement with Petronas offers Argentina’s government a respite from the daily stream of negative news since the country defaulted on its debt last month.

The default has rattled investors and could make it harder for YPF and other companies to obtain financing in global markets. Economists say the default could lead Argentina to devalue its currency for a second time this year. That could pressure YPF to raise gasoline prices, which would be unpopular with consumers, who already are saddled with inflation that economists peg at a 40% annual rate.

But analysts and industry executives said YPF has managed its finances carefully, building up a $1.5 billion cash cushion to help navigate challenges over the next year.

“With the cash flow that the company possesses, and if the government lets it raise fuel prices to compensate for the peso’s devaluation, I don’t see it having problems fulfilling its investment plan,” said Daniel Gerold, head of G&G Energy Consultants in Buenos Aires.

Analysts said development of Vaca Muerta shouldn’t be hurt significantly by the default.

“I don’t think the default will cause any slowdown, just maybe slow the pace of growth,” said Warren Levy, founder of Estrella International Energy Services Ltd., an oil-services company that operates throughout Latin America. “The Argentine oil sector has a lot of potential, and that potential is now recognized in the oil-and-gas sector globally.”

In the roughly 10 years that he worked at U.S.-based oil-field services companySchlumberger Ltd.  , Mr. Galuccio cultivated close ties with executives and government officials in countries including Iraq and Mexico. Colleagues who have worked with him in those countries said such connections and the influence YPF has on Argentine energy policy have helped the company reverse years of declining output to raise oil and gas production.

Oil and gas production has declined at most companies in Argentina in recent years and made the country a net importer. Argentina is expected to spend around $13 billion this year to import gas and fuel, straining the government’s resources during a recession.

The cash crunch is hampering imports, including for some oil and gas companies that need vital equipment, executives have said.

Write to Taos Turner at taos.turner@wsj.com